Welcome to Vancouver’s Professional Wind Quintet.  We specialize in performing rich and unusual musical programs, entertaining educational concerts, and new compositions and commissions.  We have a wide-ranging repertoire and can custom design a performance for your event. 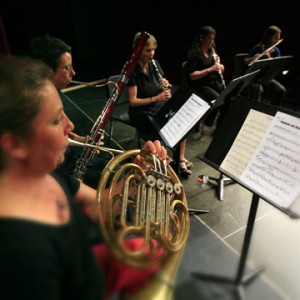 The group’s name, Ad Mare is taken from the Canadian coat of arms “A mari usque ad mare” and translates as “between two seas”.

The highly individual members of the Quintet hail from both Eastern and Western Canada and are all currently involved in many facets of Vancouver’s musical life, as members of the Vancouver Symphony, Opera and CBC Orchestras, new music ensembles and as faculty members at various educational institutions. This diversity allows the Quintet members to be actively involved in promoting musical culture in many areas of the Lower Mainland.